Rejection can be solved, cured and eliminated in a simple two-step process –

It’s true when you put yourself on the line and approach that leggy blonde at the bar (mumbling something incoherent and unnatural at her before being ignored) and when you go to close the sale.

And it’s not just salespeople that get rejected constantly, bestselling author Stephen King’s first book Carrie was rejected over and over at first. It was his wife who found the novel in his trash and encouraged him to keep trying to sell the book to publishers.

Eventually it sold 350 million copies and was made into a feature film. 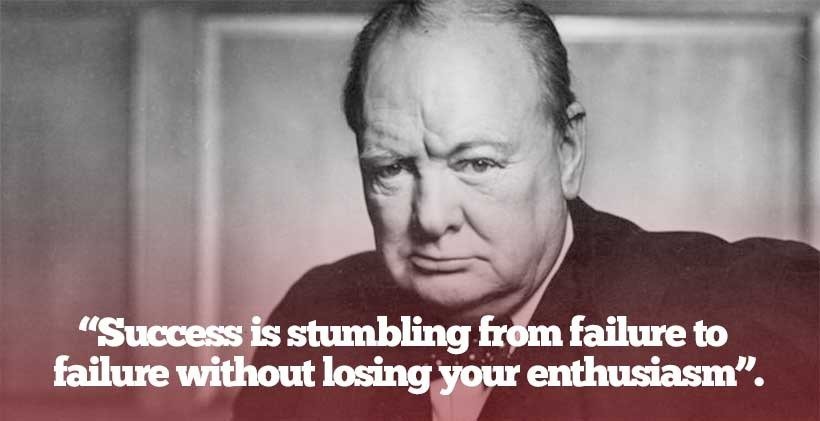 Winston Churchill also understood that “success is stumbling from failure to failure without losing your enthusiasm”.

They both knew that unless you can break through objections you will face constant rejection.

Most importantly they knew that each rejection was a step closer to closing the deal. Chefs wouldn’t get upset if you tried their food before they’d finished cooking it. You can’t let rejection affect your ego as its integral to the end success.

You are not your product

When you’re selling a product or service and get rejected, it’s rare that the prospect is rejecting you personally.

If you’re trying to sell them a used Ford pickup and they don’t need a pickup truck then it’s the product that they’re rejecting. Not your accent, your lack of muscles, your haircut. Not you personally.

Your job is to get the feedback, accept the objection and shift your pitch to what they do want. 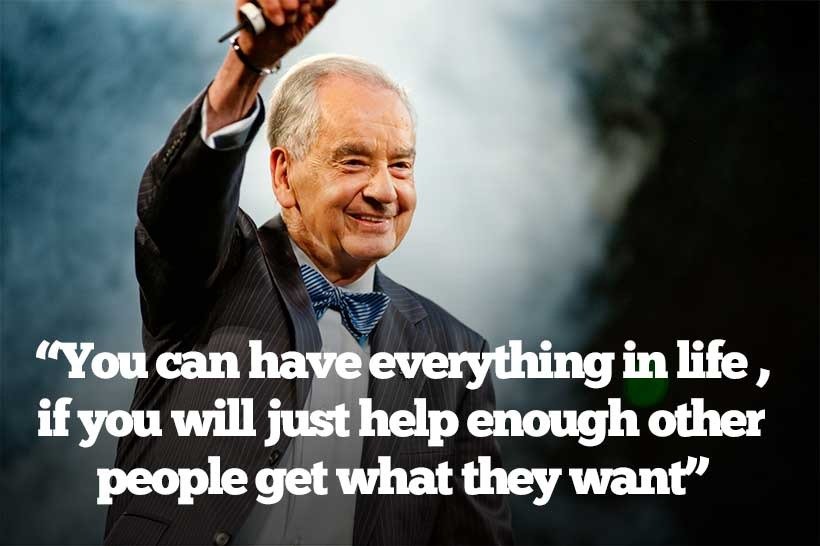 The objections are just pointers for you to learn what people want.

Most people will not say yes before they’ve said no at least once. If you’re pitching something that is so good that people want to say yes, they’re likely going to think it’s too good to be true and say no anyway.

Therefore to sell anything you need to be comfortable with hearing no.

When you ask your fiends out for drinks and they say no, do you take it personally, feel rejected and stop selling them on your idea?

It’s likely you tell them to man up and let loose. Eventually they end up going out on the town with you and 12 hours later you regret trying to sell them on that extra 4 pints of beer at 2am.

It isn’t charm of whit that closes the sale, its persistence and continually adding value to the table.

Most objections aren’t even a no. They usually fall into one of the following categories –

Hell, you just cold called this dude. Would you spend a chunk of money with someone you’ve just met on the phone 5 minutes earlier? Unfortunately the sales scenes and 5 minute closes for thousands of dollars in the Wolf of Wall Street aren’t the way it happens.

Overcome objection: It’s simple, add enough value to the conversation so that it outweighs the lack of trust. If you can truly save the prospect a crap tonne of money, demonstrate it to them and then try and close.

“I can’t do XYZ right now, maybe in the future” is a common sales objection. It could be that the prospects millionaire wife has just died and hasn’t left a will. That’s what he wants to think about right now.

More likely you haven’t given them enough reason to want to act immediately.

Overcome objection: Explain that if they’re going to buy your product in 6 months anyway, moving forward now is going to improve their life instantly rather waiting for another 6 months. That they’re going to have a considerable amount of time or money in the next 6 months that will compound over time.

Even though the right hand side of their brain knows that change can mean good, the left hand side is telling them that it will make life more complicated.

All humans are lazy, we don’t like having to make choices.

Overcome objection: You need to make it very clear that if your prospects business is standing still, their competitors are gaining ground. What might seem like a comfortable, profitable existence right now is slowly being eaten away by people who want to take a piece of their profit pie.

The only way to keep a comfortable pay check coming in month on month is to move forward and hey, the product you’re promoting can help them do just that.

Perhaps the prospect just doesn’t get it yet. They can see you’re excited but they’re not sure why they should be.

I do this EVERY time someone approaches me about sponsorship or marketing opportunities with Salesman.Red. They’ve come to me as they know we’ve an amazing audience, great traffic numbers and lots of opportunities to potentially share their message.

I forget that they don’t know the specific opportunities that we offer and attempt to close the sale and get instantly rejected.

But they came to me? How can they reject what they’ve already told me they want? Is it me? They obviously love the product, I was the only other variable.

Then I take a step back and start from the beginning, explain our vision to them, the statistics, numbers and what we’ve done for other companies, they always close.

Overcome objection: Ask yourself if you have wrongly assumed that the prospect already knows a bunch about your product or service. Often the salesman will know more about a particular part of the prospects business then they do. If so you need to step back and explain the benefits from the top.

Feel the fear and do it anyway

The book ‘Feel the Fear and Do It Anyway’ by Susan Jeffers rocked my world when I first read it. The basic premise (as I see it) is that if you’re scared of something you should –

For sales people bothered by rejection, the worst case scenario is likely, the customer says no, you lose the deal, there are no other deals on the planet, you don’t hit targets, you get sacked, you have no money to pay rent, you move in with a friend/family member…

The chances of there being zero other deals available to you right now is so small that I can almost guarantee that it’s not the case.

If the worst case scenario is that you move in with a buddy whilst you find another job then you should feel grateful. There are many other people on this planet who’s worse case scenarios are either getting shot or raped or both. 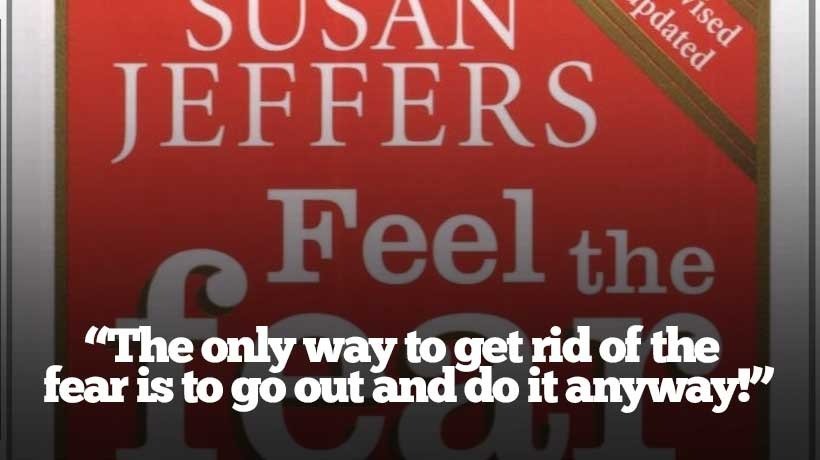 I hope that puts someone in a suit mumbling “Sorry Derek, I don’t need your sewage management software update. Our sewage manages itself just fine currently” into perspective.

It should crush everyday sales rejection into such a tiny ball, in the very furthest depths of your brain, in a place that it no longer has any meaning to you. Liberating you to ask difficult questions to your prospects, to break through objections and to close the deal.

Or not be bothered if you don’t.

Dr. Seuss explains it best in Oh, The Places You’ll Go! “You have brains in your head. Your feet in your shoes. You can steer yourself in any direction you choose.”

Choose not to be impacted by a collection of noises from someone else mouth, not to add extra meaning and your own personal fears to those vibrations of air hitting your ear hair and you will never have to ‘deal with rejection’ again.