> Tips/Advice > Have You Met The Badger Car Salesman? (And How To Avoid His 3 Top Manipulation Tactics)

Have You Met The Badger Car Salesman? (And How To Avoid His 3 Top Manipulation Tactics)

He makes (what should be a pleasurable experience) buying a car hell on earth.

He gives ‘sales’ the reputation it currently has of a sleazy industry.

And this week I’m going to meet a whole bunch of them as I’m going to be buying a new Mazda RX8 (sure they could use a little more power but they’ve been my favourite sports car since I was a kid).

He is ‘The Badger’ car salesman.

The “lets do this, right now” deal maker that is almost a necessary hurdle in buying a car these days.

Still unsure of  this slimy character? This video explains all –

You may think that he Badger wants you to have a test drive to see if the car feels good and you’re comfortable with it. However he was taught to get you in the car and to talk to you like you already own the vehicle to pull stings in your subconscious and increase your levels of desire.

“What’s your favourite radio station? Let’s put it on.”

Our emotions run wild and our budgets run away.

How I will deal with it: It’s simple, I’ve done my research. There are a bunch of nice RX8’s in the spec I want continually popping up in the UK. There is no particular car that I would not walk away from if I thought I was being manipulated or emotionally toyed with.

The Badger wants to close the deal ASAP. He doesn’t want to give you the time to over think things. He also doesn’t want to discuss the real price. Instead he wants to trickle small monthly numbers in front of you rather than that more substantial £XX,XXX number.

When our emotions are running high and it’s going to cost just a few quid more a month for that optional extra (rather than the real cost in the thousands) we’re far more likely to again “just do it”.

How I will deal with it: For me personally, if I have to pay for something with a financed monthly fee then I simply can’t afford it. I will be paying cash and so taking this out of the game completely

Once we confirm a price the Badger passes us to his colleague in the finance office but the manipulation isn’t over just yet. You get your paperwork finalised or you pay in cash and you drop your guard.

This is when they hit you with the added options such as GAP or warranties. Even the most astute negotiator can have all his good work with the Badger wiped away at this final step (note: most finance managers/sales managers were top salespeople before they were promoted up the sales ladder).

How I will deal with it: I’ve never been offered service/warrantee/ maintenance on anything at the point of purchase which can’t be purchased later on for a similar price. I might be hurting the dealerships margins but I won’t be buying anything I haven’t planned for without at least sleeping on it first.

You walk into the dealership and that £25,000 dream car of yours is sat there. You’re smart though. You’ve done the maths and you’re only willing to pay £23,000 which is a fair price for the vehicle.

You’re pressured into a test drive but fair enough, it’s the car for you. Your heart is racing as you pull back into the dealership. You want it, let the negotiations begin.

The first thing the Badger salesman says is –

Your first thought is, wow he called me Sir, your second is how you can cancel Netflix, have a few less pints at the weekend and you can afford your dream car.

The Badger pushes you for an answer and as you’re an expert negotiator you spurt out that you’re not willing to pay more than £350 a month.

The Badger rushes to his sales manager, comes back with an offer of £360 if you sign right now. That’s the last of that particular car. You must sign today otherwise you’re going to lose it, forever, your life will suck, your partner is going to leave you unless you drive home in that particular model…

Did you see what happened? You agree to the £360 monthly payment and you feel like you’ve grabbed a bargain.

If it’s over a standard 72 months you’re already paying £25,920 before any interest has been added. 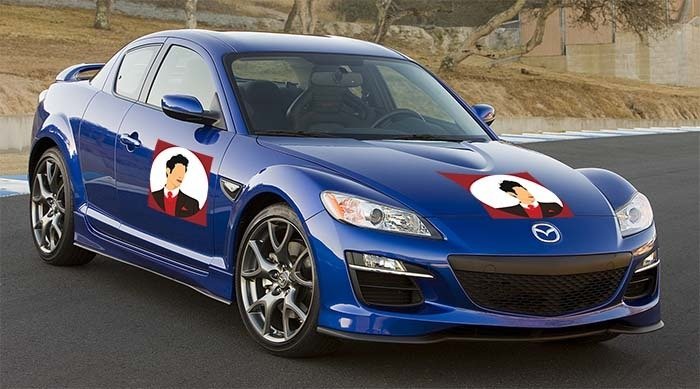 There are many great car salesmen out there (many read Salesman.Red on a daily basis) but there are just as many that follow the pattern laid out above to manipulate you into playing their game of negotiation, which includes their rules.

The simple way to win is to have a fixed budget before you walk in, to sleep on any deals they offer you and to know the terms (end price, interest rate, payments etc) in full before you mentally agree to anything. That’s what I’ll be doing this week.